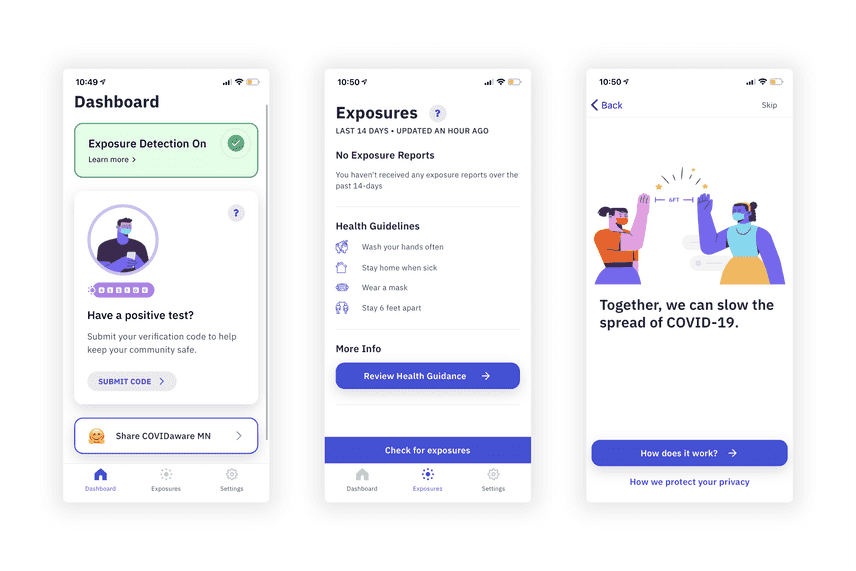 Through thoughtbot, I worked with PathCheck for several months, contributing heavily to the app’s interface design as well as the React Native/TypeScript codebase. The app launched in several jurisdictions worldwide including Minnesota, Guam, Cyprus, Hawaii, Louisiana, and Alabama.

The COVIDAware MN app, which launched when we at thoughtbot were still contributing to the project, maintains 4.7 stars on the Apple App Store with over 400 ratings.

My contributions to the project are public on the PathCheck GitHub.